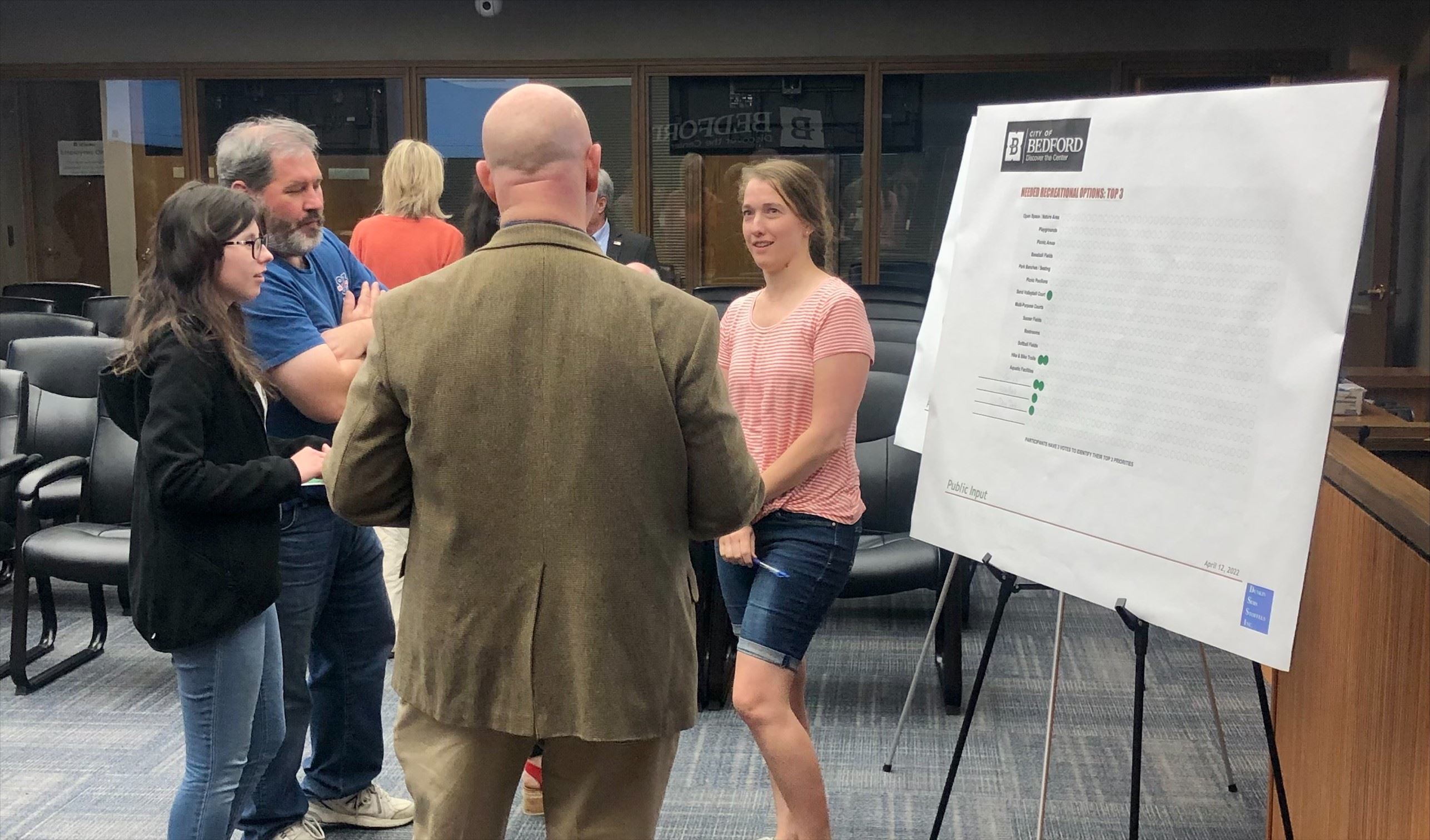 In March 2022, the City Council and staff began the formal process to update the Parks and Recreation Master Plan. The updated Master Plan will serve as a guiding document for decisions regarding future park amenities and trail sections.

A key component of the Master Plan Update process is public input. The City will coordinate multiple opportunities to participate in the process to maximize public input while remaining on schedule to finalize the plan. The updated Master Plan will be submitted in June in order to meet State deadlines, allowing the City to be eligible for future grant opportunities.

Residents had the opportunity to attend a public input meeting on April 21 and 21. The meetings can be viewed at www.bedfordtx.gov/tv and by clicking on the "Other Meetings" tab.

The City held several events, but in-person and online. Two public input meetings were held in April, where the community was invite to give their opinions on current park amenities and what is needed in the future. Those meetings can be viewed by clicking the "Other Meetings" tab at www.bedfordtx.gov/tv.

Finally, a five-question statistically-valid survey was sent out on May 3 to registered Bedford FlashVote users related to previously-asked Parks and Trail amenity questions. The questions and results from that survey are located online.

Previous Versions of the Parks and Rec Master Plan

The most recent Parks and Recreation Master Plan was completed in 2016.

Are there any things included in the 2016 Parks and Rec Master Plan that were not added? If so, what happens to those plans to add those items?

Yes, there are items that were not completed from the 2016 plan. Those items will be reevaluated based on current community priorities. Communities grow and change, as do resident priorities for parks and recreation amenities. Therefore, the City will work to ensure current resident wants/desires are included in the 2022 plan.

Are people allowed to participate in the process who don't live in Bedford?

At this time, the City is only seeking input from Bedford residents, as it will be resident tax dollars being used to fund future park amenities.